Come let me hold you 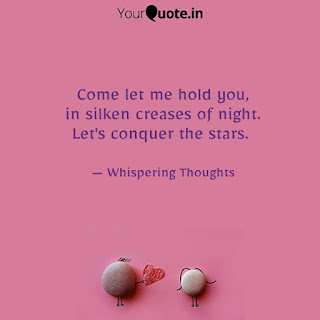 The Valentines was in the air. The zest of the air suffocated him. Took him back in time. And he could visualize his happy times with her. Her laughter, her words, her songs all echoed around him. He smiled on remembering the catch me if you can dare of hers. She was life, personified. But the Fate had other plans and their love interfered. So it played a little game and had Adiv deported to Mother Earth. Adara was kept busy at Sister Venus. That was in some B.C. It was 2015 A.D. now Every even tide he bowed to Sister Venus. Every even tide she sent out the stars to watch over Mother Earth. Eons were passing. Some day Cupid will convince fate. Till then the Valentine air suffocated him.

Courtesy: Picture it and write

Linking with Picture it and write